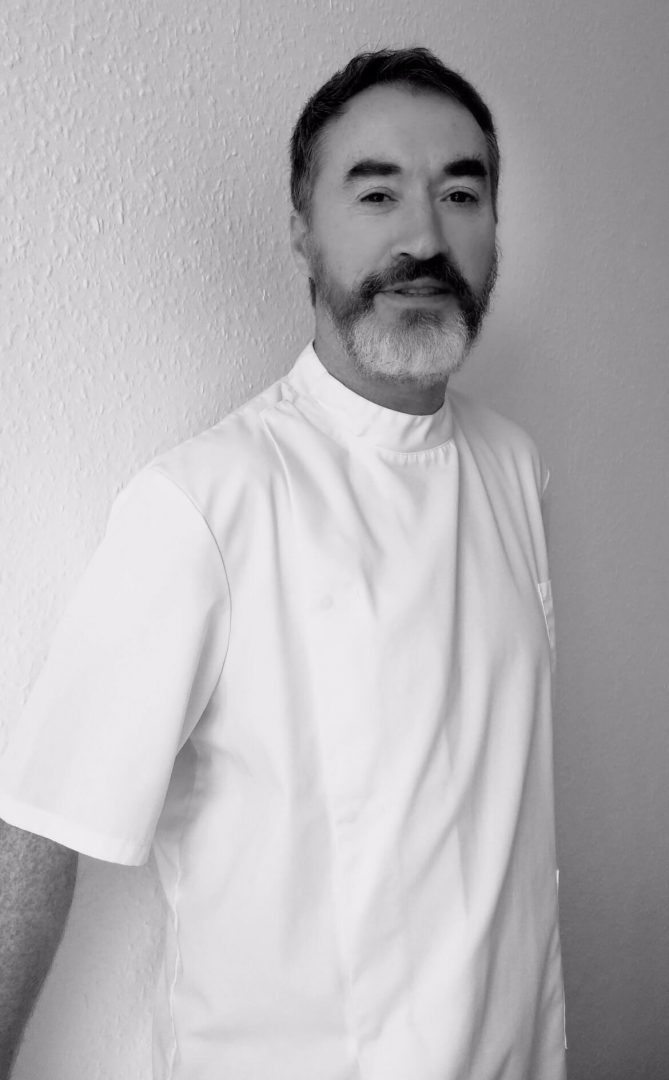 Duncan attended the British School of Osteopathy in the late 1980’s. Between 1991-1995 he worked throughout the UK in practices as far apart as Dorset to Norfolk and Hertfordshire to Dumfries.

In January 1996 he moved to New Zealand working at the busiest practice on the island where he treated between 60-75 patients a week. In the late 90’s Duncan settled back in the UK buying a house in Oxfordshire and working in North Oxford.

He was married in Cheltenham in 2006 as has worked here ever since.

In the near twenty-five years of clinical practice, Duncan’s approach has evolved with the times and now incorporates aspects of Acupuncture, U.S. Physical Therapy and rehabilitation from The Prague School of Physical Medicine.

In over twenty-five years of practice, Duncan’s approach has evolved to incorporate new research and understanding in physical therapy and pain science from across the globe. As a result of an ever interconnected world, information can now be shared by leading thinkers living in the USA, Canada, Australia, Norway and beyond. Typically Duncan will attend two to three seminars a year( the cost being prohibitive of further attendance!)

As an example in the past twelve months, the following courses were taken:

A practical guide to persistent pain therapy with
Mike Stewart

Consequently, over the past twenty-five years, the courses and postgraduate training received is quite a list.

It is also quite varied. It’s also probably a little dull to a layperson! So here is a brief taster…

with Gray Cook (an athletic screening procedure to identify dysfunction)

Yoga in Pain and Injury Management

For more detail see all treatments

WHAT OUR CLIENTS SAY ABOUT US

I first saw Duncan, two years ago, when I had a very painful shoulder and had to work at an event where I would be using my arms and shoulders all the time. Duncan treated me and managed to get me through the event which was nothing short of a miracle. Since then I've...
FULL REVIEW

I have been a patient of Duncan's for approximately ten years, originally for treatment for a shoulder injury after a fall and subsequently for treatment and regular maintenance of neck, shoulder and hand pain due to arthritis and repetitive strain injury. I always...
FULL REVIEW

Duncan has managed my shoulder and back problems for many years and also taught me how to manage them! I always look forward to my appointments at his practice and enjoy his professional and friendly manner which put me at ease and make me feel so much better when my...
FULL REVIEW